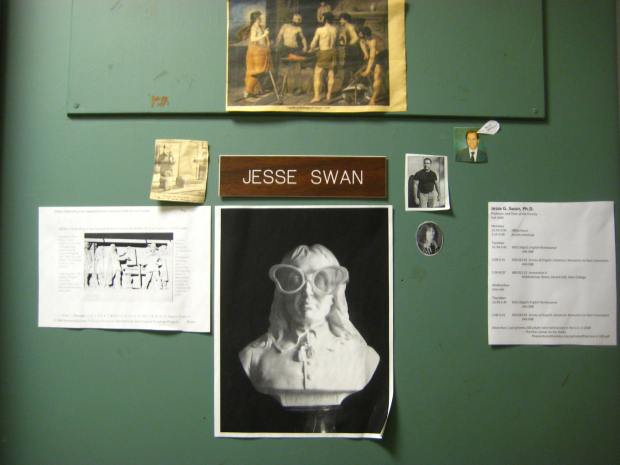 Dr. Swan was my Shakespeare, Early Modern Drama and English Survey professor at the University of Northern Iowa. I will never forget all the silly and important things he taught me. Did you notice his picture on the door? It says, “You’re Serious?” I seriously was so entertained and… erm enlightened by Dr. Swan that I took three of his classes when I know some people who avoided him like the plague! I think he liked it that way.

I rode the bus with him once when I was living in that crappy hotel. He was such a nice guy outside of class and he had a sick sense of humor which I adored. One time, he rode by my house on his bike and I almost raked him, as in literally almost hit my professor in the face with a garden tool. I can’t remember if he was wearing a suit on his bike or not… Dr. Swan in jeans was just a little too disturbing!